Launched in the year of 2017, BlueSG offers a new smart and affordable mobility option to all Singaporeans, complementing public transport.

BlueSG members will have access to a network of 1,000 shared electric Bluecar vehicles, 24/7, at self-service stations located in public housing, city center and commercial estates around Singapore. The service is point to point, which means there’s no need to return the car to your starting point, nor to bear the cost of maintenance or insurance of a own vehicle.
The BlueSG service will be available to anyone over 20 years of age with a valid driver’s license.

BlueSG is a subsidiary of the Bolloré Group which has launched the world’s largest and most successful car-sharing, Autolib’ in Paris. BlueSG will become the world’s second largest EV car-sharing service.

A Request for Information (RFI) was issued in 2014 by the Land Transport Authority of Singapore (LTA) and Economic Development Board (EDB) and received proposals from 13 major consortia. Bolloré Group was selected for the quality of its proposal which complemented the public transport network, its strong track record – 6 years of successful implementation in Paris, and its commitment to Singapore.

On June 30, 2016, Singapore and the Bolloré Group signed the agreement that demonstrated the Group’s commitment to fully support Singapore’s public transport policy, through the creation of alternative and environmentally-friendly transportation solutions to the traditional car.

In December 2017, BlueSG car-sharing service will officially be launched with an estimate of 30 stations and 80 Bluecars.

Under the agreement, the car-sharing programme will eventually include 500 stations equipped with 2,000 charging points. Of these, 20 per cent (or 400 charging points) will be for public use. The first fleet of Bluecars is also currently being commissioned in Singapore and will be part of the 1,000 strong EV fleet in the future. 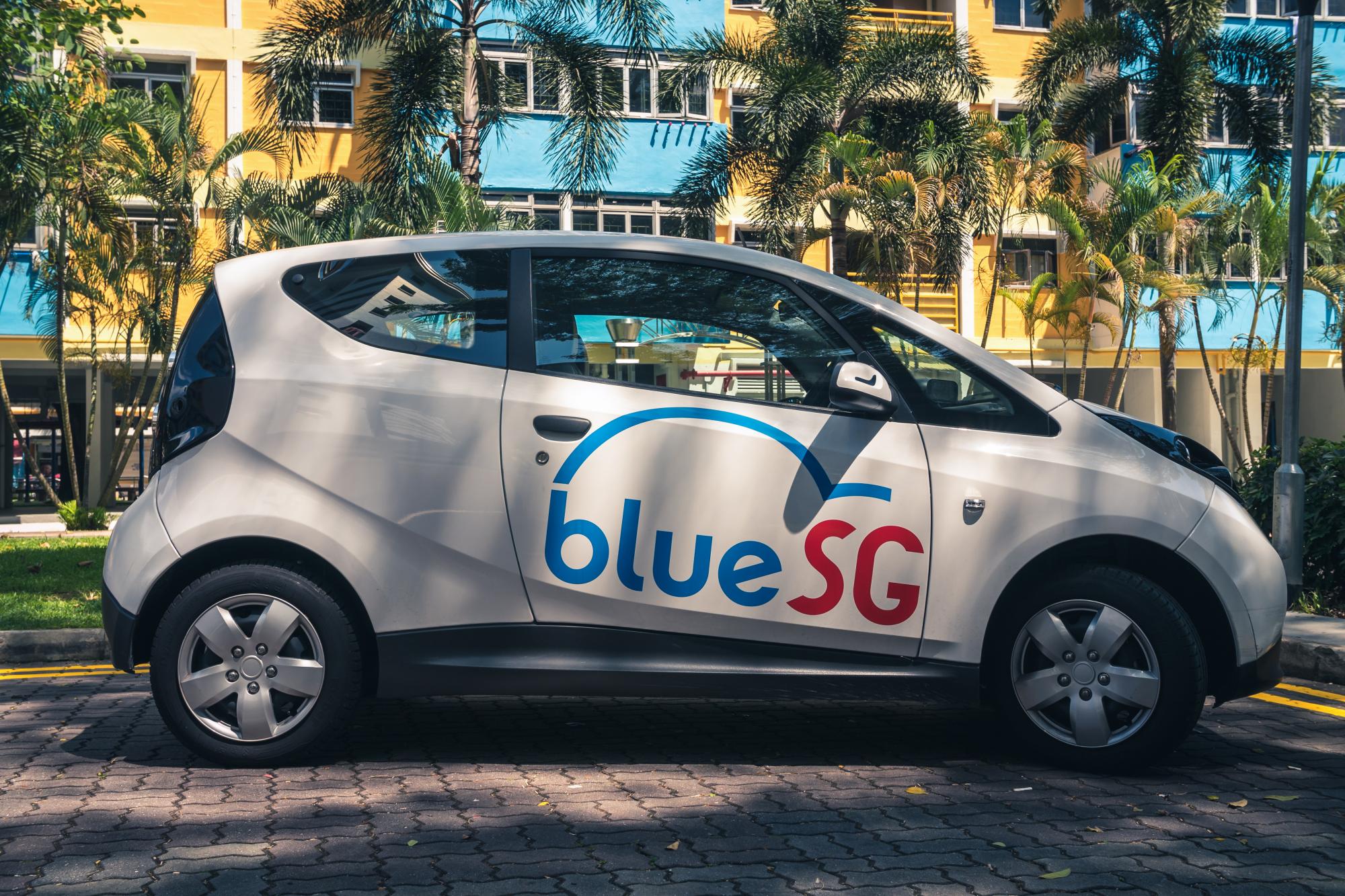 BlueSG is offering a one-way and all-electric car sharing service thanks to its Bluecar vehicle equipped with Lithium Metal Polymer (LMP®) batteries from Blue Solutions, a Bolloré subsidiary as BlueSG.

LMP® technology is the culmination of an ambitious research and development program started more than twenty years ago. Made of thin films of material produced using extrusion techniques perfected by the Bolloré Group, LMP® batteries offer high energy density while ensuring safety of use. They provide unrivaled autonomy and excellent performance in all weather conditions. They are dry batteries (meaning “entirely solid”), which gives them numerous advantages, particularly in terms of safety. Solid electrolytes effectively reduce local pollution risks in the event of an accident or damage to the integrity of the battery pack. The LMP® batteries contain no solvents, no rare earth metals, and no cobalt.

These batteries can fulfill the needs of many different markets and meet the two primary challenges of the energy transition: developing clean transportation and smart energy management. Blue Solutions holds the intellectual property rights allowing it to manufacture and market batteries based on LMP® technology.

Our ambitions in Singapore

Thanks to the LMP® technology, the Bolloré Group decided to develop mobility (car-sharing and electric vehicles) and stationary applications to address the environmental concerns. The Group ambition is to go further in the development of electro mobile solutions in particular thanks to its BlueSG subsidiary that opened its new office in Singapore in September 2017.

Indeed, in addition to the fleet of 100% electric cars and charging points, the Bolloré Group is also establishing a new R&D center for Asia in Singapore, and an innovation center for partners to develop, test, and implement technological innovations in the mobility, data analysis and batteries.

Finally, the Bolloré Group also aims to deploy in the city-state and in Asia other modes of public transport, such as the Bluebus and the Bluetram equipped with supercapacitors. All of these would help create over 250 jobs in the country.

NO GAS
+ NO INSURANCE
+ NO MAINTENANCE

A CAR AVAILABLE
WITHOUT ALL
THE COSTS

100% ELECTRIC
= NO NOISE POLLUTION
+ NO DIRECT CO2 EMISSIONS
+ NO ODOR

GET THE LATEST
NEWS ABOUT
THE SERVICE

Have more questions about BlueSG ?